Discovery Channel is celebrating the end of another action-packed year by looking back on its shows’ best moments, and fans are invited to join in on the fun!

A virtual advent calendar is now live as a companion to the network’s “Best of Discovery 2014” programming. Marathons of well-loved series and specials – from Gold Rush to Shark Week – are airing now through January 1. By using the hashtag #Discovery2014 on social media, viewers can share their favorite moment from each show featured in the 11 day event. One fan favorite moment from each show will be selected and posted to the advent calendar the day of that respective show’s premiere. 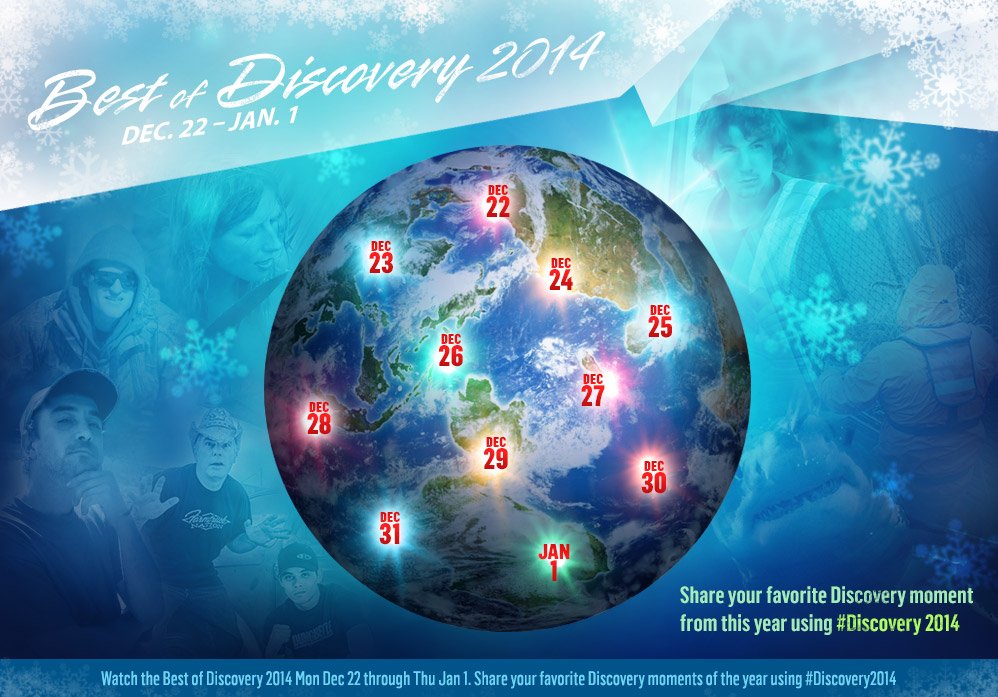 Here is a rundown of which shows will be airing when:

Click here to explore the Advent Calendar, and don’t forget to vote for your favorite moments!